The law surrounding towing with a van can appear to be a minefield. We’re going to try and put some of these rules and limitations into plain English in our handy guide to van tow limits.

Right. Take a deep breath, we’ll keep this as simple as possible. Your van will, on its chassis plate have various weights detailed. We’re only concerned with two, the Gross Vehicle Weight or Mass (GVW or GVM) and Gross Train Weight or Mass (GTW or GTM). Let’s say your van has a GVW of 3500kgs. This means that the van must never weigh more than this, including driver, passengers and payload. If the van has a GTW of 5000kgs, the combined weight of the van and a trailer mustn’t exceed 5000kgs. With us so far?

OK. So, simple maths says that you can load your van to the hilt and still pull a trailer weighing 1500kgs. That’s fine, but keep an eye on the manufacturer’s recommended towing limit. Let’s say one day your van has no load in, so you reckon it weighs 2000kgs. Doesn’t this mean you can tow your mate’s trailer which weights 3000kgs (so keeping to the 5000kgs maximum GTW)? Nope, not if the manufacturer has set a towing limit of 2000kgs…

This one is often overlooked, but there are some restrictions. A trailer and load 7 metres long, 2.55 metres wide and 3.0 metres wide is your lot if your van has a GVW of 3500kg or less. You can go bigger with a heavier van, but you’ll need to upgrade your licence accordingly. Oh, and don’t overhang from the rear of your trailer by more than 3 metres.

Passed your driving test before January 1997? You can tow a van and trailer combination up to a total of 8250kgs. It’s trickier if you passed it after that date though. You’re limited to a trailer no heavier than 750kgs if you’re operating a van with a GVW of 3500kgs. You can tow a heavier trailer with a lighter van, but the combination can’t weigh over 3500kgs. No good to you? No problem, book yourself a trailer driving test.

If you’re running a van and trailer combination that has a permissible GTW of over 3500kgs (even if the actual combined weight is under) for commercial purposes, then, generally speaking you’ll need to have a tachograph installed (and correctly used, with a driver’s card). Realistically, this means any large van or pickup.

There are a few exemptions worth looking into. ‘Carrying materials, equipment or machinery for the driver’s use in the course of their work’ or ‘when driving the vehicle is not the driver’s main activity’ are a bit vague but could mean you don’t require a tacho, as might the rule that allows you to operate ‘under certain conditions’ within a radius of 62 miles from the drivers base. All perhaps open to interpretation on the day…

Simple. You can’t go over 60mph anywhere. Otherwise, limits are the same as if you weren’t towing a trailer. 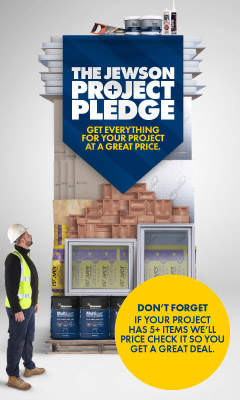